You know... when you pay a considerable amount of money for a new roof, you would expect great customer service and the same when it came to the installation. We are so very disappointed in EcoBest. First of all, our salesperson was not good at responding to our concerns throughout the process, sometimes not responding at all. We would sometimes hear one story from him and a different story from the site supervisor. They left a considerable amount of leftover materials, garbage, etc on our driveway which took days to remove after me having to contact our rep over and over again to do so. There were a considerable amount of nails on our driveway that could easily been picked up by them if they would have taken the time to clean up properly. The most disturbing thing is that they put the new roof over rotten gables on the side of the house and of course, after pointing it out to three different people, nothing has been done. It clearly says in the paperwork that they do not cover up dry rot under any circumstance... Ya right... Not happy and would not recommend them to anyone....

This Eco Best Team of roofers and Gutters has been exceptional! The roof had to be replaced in order for me to place 11 Solar Panels on my roof. As the managers observed my gutters, they recommended their gutters so that I would never have to clean leaves out of the gutters again. Their timing was excellent. The roofers had no problems working more than 8 hours a day. They were friendly and hard workers. They had to take the old roofing off and put all new roofing material on. It took a little over 2 days because it was November when we had less daylight hours. Within 3 days after the roofers finished, the Gutter people showed up. They ran into a problem. They had to cut new fascia all around this roof. Then, the gutter material could go up. And, something special. They promised me 2 barrels to collect the rainwater in. With a faucet on the bottom, the water could be used for my gardens. They made sure that they put them where I wanted them.

This was the worst company to deal with, lied from start to finish. Did our roof, were to replace rotten boards. Came home to everything covered - asked was told "none needed replaced" upon checking several did they covered up. They then ripped off work done - and flooded our bathroom as it was pouring rain that day. Did not fix damage done to sheet rock or anything. Took weeks to get them to fix. Shoody work man ship on sky light area, asked them repeatedly to repair. Also weeks later found that they had not attached gas water heater vent correctly and gas exhaust was pouring into our garage. Glad it was summer and windows and doors were open - or we all could be dead. Would not reccomend to anyone.

Installation on our roof was completed by EcoBest LLC on September 30, 2013. Our roof leaked two months later on November 19, 2013. We informed EcoBest of the leak and they patched it with some caulk. We proceeded to start a warranty claim with Owen’s Corning but later found out that the warranty that was sold to us was not the warranty we received. We worked with the CCB to get a full refund on our roof and due to the bad quality of installation and multiple violations of the contract. We needed to get another brand new roof in October of 2014. We would strongly advise against hiring EcoBest for roofing projects.

We had these guys put a new roof on our house in April. They were really great. They really worked hard to help us get financed. Then in October when it rained for the first time I noticed that some water was coming over the side. I called them, they came out immediately, looked at the issue, and had it addressed right away. They were extremely understanding and went out of their way to make sure we were satisfied. Their customer service is exceptional!! Thanks again for the great experience.

i put in 3 calls to these guys to have some insulation work done, or even just quoted. Left one message, and no return call after 24hrs. called 2 more times over the period of the 24hrs and still no one answered.definitely not efficient, id hate to see if i actually went got through and wanted them to do the work.

We had some concerns initially but then once we did the final walk through with Mike he noted all of our concerns and had someone there that day to fix everything and make it just want we wanted. The gutters are working better than we could have imagined! We are really happy with the final product.

Like others have commented, these guys buy old contact lists from companies and then pretend they came out and consulted with you on a new roof "a couple years ago." They call me about every three months with a different name. I would NEVER do business with a shady company like this.

I have done a roof,patio and a fence with them over the last 5 years. They have always been on time and returned my phone call promptly. They have never been the lowest bid but I felt like we always got are moneys worth. I highly recommend them! Sam B,Beaverton

Ecobest is awesome. Angie and travis really make everything run smoothly. I love working for them. The project managers and sales reps are very friendly and helpful. This is a very professional company and I would recommend it over and over!

The Gutter Shutter roof gutters and downspouts were installed by Danny Clymer. He did an excellent job and was very professional, diligent, and got the job done by himself! I would definitely recommend Danny for this type of work.

nightmare. Just trying to get a bid. High Pressure. Be wary, and do research. I will never do business with this company. The lady on the phone rescheduled us twice then never called or showed. high pressure same day sales. beware.

This contractor charges for bids if you cannot meet them on the job site. I get 3 bids for every project I contract out. I have several rentals and cannot afford to meet every contractor at the job site.

Creepy company has kept calling me for years even though I already have new roof and have specifically asked to never be called again.

I would definitely recommend these guys... my deck and windows are sweet 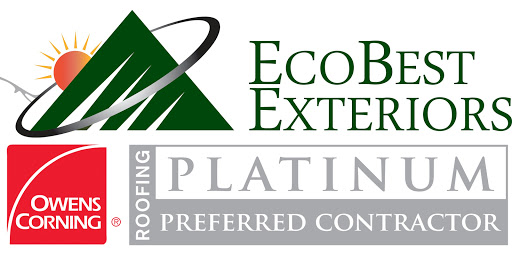