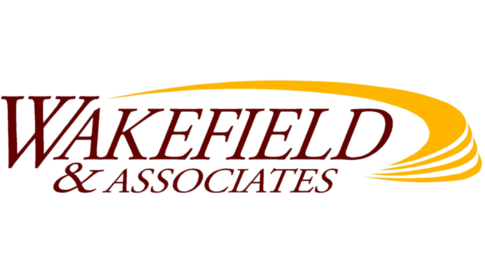 This company seems very sketchy, they kept calling and calling me and today I finally picked up. The man that I talked to was extremely rude. I asked him why he was calling and he wouldn’t give me any information other then I “owed them money”. He kept a trying to get me to tell him my date of birth and address and when I told him I needed to know more information before I told him personal information he got extra rude. By that time he was talking over me and I couldn’t get even 2 words out. I don’t have any outstanding bills that I haven’t paid, so this has to be a scam. I’m glad I looked at their reviews before I gave them any personal information. I would not trust this company, DO NOT PAY THESE PEOPLE. If you have outstanding bills go to the actual company you owe money to and pay them off that way, DO NOT TRUST THESE PEOPLE.

called me at 6:45 AM phoenix arizona time they are relentless and stupid i offered a 90% settlement with a debit card but the rep said they do not accept debit only money orders. I asked the rep if they wanted the money and we went back and forth for about 25 minutes untill he said i cant accept a debit card as a form of payment. In which i rebuttled i have the money and want to pay you but you are declining the payment, this is all recorded right? He then hung up on me and i have never had a call since. also props to the employee that signed on google and gave themselves a 5 star review. Please tell me of a 5 STAR COLLECTION AGENCY LOL

I heard from this firm 14 months ago when they took me to court for a garnishment. Never had any garnishment on my paychecks in the last 14 months. All of the sudden 14 months later they went into my bank account and my saving account (that was not only in my name) and cleared out everything. I am now in the hole, cannot pay rent or my car payment (means i get to work in to pay bills). I have not heard anything from them in 14 months at ALL! How in the HELL can this be legal? There has to be a way to stop these people!!!! There should be a way to rate them a 0

Earlier this year I nearly died, spent a long time in an ICU, and then months out of work. I was able to get some money together to buy my kids some Christmas presents. But that money is no longer going to presents. It is going to Wakefield because four days before Christmas they threatened to immediately sue me unless I pay certain medical bills in full. They were joyful with their collection and celebrating the fact they were taking away presents from my kids. Sad. At least my kids still have their father.

DO NOT PAY THESE GUYS DIRECTLY!! They are liars. David Pena tried to get me to pay him and said he would have it taken off our credit report. I asked to speak to a manager and he said they would not take it off. They DO NOT own the debt so there is no reason to pay them directly. Find the original debtor and pay them. They make take off the interest of extra charges. Either way its going to stay on so dont give your money to these guys.

I have sent fax after fax (with confirmation) with proof of insurance coverage through the hospital through this company. They have continually ignored the confirmed faxes and now are reporting on my credit. I know they are a collection agency, but this is just bad business. When proof of payment/coverage is shown, they should address that. Instead, they place it on a credit report. What are OUR rights in these situations????

This company sucks and I will be writing to the BBB. I have been trying all morning to see and try to pay this claim on my credit report. Have called 4 times and keep getting transferred to a voicemail and no way to pay or confirm this claim. Tried to go to website to pay bill and there is no way to create an account to achieve this. Companies like this should be shut down and fined for this type of practice. BS

By far, the most incompetent agency I have ever dealt with! Dealings go back more than a year. Charges on my credit are INVALID, confirmed by creditor on multiple occasions. I continue to attempt to reach an ACTUAL person within their firm with no response. This agency fails to hire anyone that has any sort of intelligence. Nor do they follow through with any type of professionalism in their dealings.

My child was receiving collection calls from this company. When I returned a message, "Michael" was very helpful in marking the number as incorrect. I appreciated his offer to check all our numbers to ensure we would receive no more erroneous calls.

They added 400 dollars when all I owed was a co-pay. They lied and claim it was all for the hospital. As I had gotten a bill 3 days prior from the hospital in question, I know exactly what I owe

I got a call from these parasites about a medical debt that I do not owe and they refuse to verify. If you see their number on your caller ID just block it or send it to your voicemail.

Very unprofessional company. Feel personally ridiculed by them. If you have to deal with them my best suggestion is to do to the original creditor they will not assist you.

I have never hated a company so much in my life. They are aggressive and relentless. There is a special place in hell for the people of this company and their tactics.

They are ruthless!! They have no sense of customer service and they just want their money without any kind of explanation of what it is for! WORST LAW FIRM EVER!!!!

Wakefield & Associates worked extremely well with me to pay off my account with them. They were respectful and professional every time I contacted them.

Have tried for several months to get them to correct the information they have. instead they continue to tack on fees for a bill I no longer owe.

My brother and I both received bill on the same day from Wakefield for a hospital neither of us have ever been to. They are scammers.

India was so friendly and so helpful. Paying debt is obviously frustrating, but somehow she made it a little better. Thank you

Terrible Company. They will not send a hard copy of what you owe in the mail, and then they just threaten to sue you.

Nobody wants to be sent to a collection agency. They were very nice on the phone, and very respectful as well.

Wow RUDE I have asked them to not call and they yelled at me and hung up.

Called me repeatedly for someone idk ! SMH

Send me bill without treatment