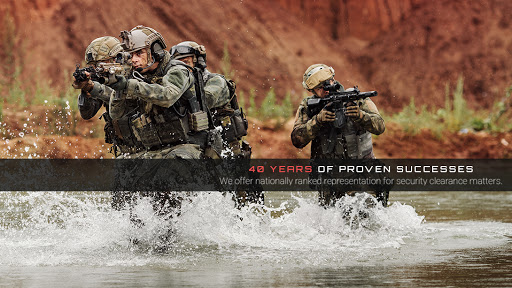 I had recently undergone an interview and polygraph for an NSA clearance. I was very honest in my interview. In fact I got to a point where the honesty was actually not the truth and I somewhat misrepresented myself as this can be a very nerve racking experience. Within days I had learned that I was no longer allowed to access an NSA site on a visitor status while waiting for my official clearance to play out. This was embarrassing and devastating. I felt like a dirt bag. Not long after this unexpected bit of bad news, I received the letter of response from NSA indicating that my application for a security clearance had been rejected, with a letter of explanation. This was very disheartening. I had some very dark days following this. I am not a bad person and had been completely honest in my interview. After some deliberation on what I should do and after scouring the internet on the topic, I contacted the Alan E Edmunds law firm. I spoke directly with Alan on more than one occasion. Alan convinced me that it was in my best interest to move forward with an appeal. I retained the Edmunds law firm and was assigned Mr. Ryan Nerney as my attorney. I communicated directly with Ryan who was kind and helpful. I was sent a list of items that I needed to collect and obtain for my case. These items were carefully detailed out and Ryan answered any questions I had that related to my curiosity and inexperience in this field. A government clearance can be a scary venture as the average person has not a clue how this system works. Mr. Nerney and the people at this firm understand the process and I found that I could rely on them heavily to help me to know what to do, how to do it and when to do it. Ultimately it is about following their simple instruction, gathering the right info and allowing them to assemble and submit a response in such a way that it gives you the best chance of winning an appeal. I thought my case was hopeless but as I did as I was directed and began to gather the information, I found that they were helping me to form a picture of who I am, not just what one intimidating interviewer derived in an intense interview. In the end, I received happy news from Ryan who indicated that my appeal had been approved and the denial of further movement on my clearance overthrown. I am now back on track with my clearance officially. I can’t thank the Alan E Edmunds Law Firm and especially Mr. Ryan Nerney enough for their support and help. They truly were an advocate and I would go to them again. What a God Send they were to me. Literal Angels in my defense. If you are curios if they can help, Call Ryan or Alan and ask their advice. I am certain they will be honest and direct you for your betterment. Their retainment fee was well worth getting back on track for a clearance that will be invaluable in my profession. Thank you again Ryan Nerney and Edmunds Law Firm! Shane M.

DO NOT WASTE YOUR MONEY I used Alan Edmunds lawyer for my security clearance case on 2010. They charged flat rate for the hearing, The flat rate is cheaper compare to other lawyer charged, but services are cheap too. DO NOT WASTE COUPLE THOUSAND DOLLARS AND LOSE THE OPPORTUNITY TO WIN THE CASE. The lawyer told me this is a easy case, nothing to worry about, we will win. They did not told me the strategy how to win this case, and whatever they prepared for the hearing were other security clearance cases that post on government website and documents related to me. We met at the build where hearing office located, he only asked two or three questions about my personal information which are on my documents that he should have in his office. The hearing did not take very long because he did not have any documents or points to show to the judge. After case denial on the hearing, I paid them again to file appeal, all they did were mailed my write up letter to appeal the case to the appeal office without anything else, I could do it by myself, and they charged me couple thousand dollars again just to mail the letter for appeal. Either they already know this case is not going to win or they just do not case about the case, because the flat rate is pay advance, they already got the money.Good luck if you going to use him.

I am quite grateful that I hired attorney Edmunds to represent me. I have approximately zero experience dealing with this type of legal situation, so I was grateful for the clarity and understanding he provided to me about the entire process. Most importantly, his representation resulted in my winning a case to have my security clearance reinstated after it had been suspended. He guided me in gathering evidence and character witnesses. Beyond the hard evidence, he was able to present my case in a way that reflected my character and my passion to support my country and troops. His passion when he presented his closing argument was impressive, and I had the sense that we had really hit a home run. After our victory in the hearing, the opposition pressed on with an appeal, which Attorney Edmunds convinced them to withdraw before it even went to the appeals board. I really felt like he picked up my case, hit the ground running, guided me to gather everything I needed to win, and doggedly stuck with the case through to the very end. My hope is that I will never need to deal with such a legal situation again, but if I find myself in that situation, I will not hesitate to go back to Attorney Edmunds for representation again.

Ryan Nerney handled my Statement of Reasons (SOR) response smoothly and was very fast in responses to my questions. My issue was resolved and he made sure that all of my responses were well articulated. He corrected every edit I pointed out and anytime I thought of something to add, he gave clear advise and added as needed. He was well educated in my issue and even pointed out one of reasons was incorrectly placed on my situation and was not related to my case. My response was submitted and Ryan kept following up as the decision took longer than expected. The decision came back favorable! I recommend this law firm for any security clearance issues as they are knowledgeable in that area and have an outstanding track record!

I have known Alan Edmunds for several years now and have received countless pieces of legal advice from him. He is a family man, who genuinely cares about you and your family alike. He is driven and dedicated to getting each client the exact results they want and need. After getting a speeding ticket and a drinking ticket, I called Alan before my own parents because I knew he would be able to give me sound legal advice and because of his help I was able to get both tickets dismissed. If you are looking for a lawyer who can guarantee the results you want, show compassion and commitment to you individually and be a friendly figure throughout your endeavor -- Alan Edmunds is the lawyer to call.

I used the Edmunds Law Firm for my business involving civil litigation. Attorney Edmunds was a huge asset because of his experience and knowledge. He thought of solutions and took a very aggressive approach to our litigation, which resulted in a favorable settlement. His advice was invaluable. His staff was professional and I was pleased at his prompt response time. I have recommended the firm to other business associates and they have thanked me for the referral. Civil litigation can be very stressful and Attorney Edmunds made the process affordable and brought about settlement when other lawyers could not. I would recommend this law firm without hesitation.

A+ legal representation! I had a complex move-away/physical custody issue. I’m a single father and veteran and I can personally attest to having an awesome experience with this law firm. The attorneys at the Alan Edmunds Law Firm were able to develop and execute a legal strategy that I am pleased to say awarded me a favorable verdict!!! As a single father and a veteran, it was hard seeing my children so little while on active-duty, but that all changed thanks to this law firm. I am a full-time, happy dad. Thanks Mr. Edmunds and Mr. Neinas; God bless!

Great law firm for my child custody hearing. They have been outstanding in supporting me with every issue I have. My attorney Ms. Shokrollahi was a God send. She not only helped me with filling all my paper work, but was right there in court to represent me when I needed her. She was very cool headed and consistently gave me excellent advice. I have used other law firms before, but Edmunds had not disappointed me at all. If you ever read this Ms. Shokrollahi, you are a shining light in a dark world.

Had a bad experience with this law firm a couple years ago, the attorney that interview you may not be the one that will be assigned to your case, they manage to suck up retainer in pettiness phone calls and "negotiations" with opposing party and with you. The attorney that took my case had precarious litigation skills in family court and included factual errors on declarations. I will not recommend this Law firm.

The Edmunds Law Firm helped me win a favorable decision from the court. My case was handled by Mr. Alan Edmunds who did a remarkable job. His staff was professional and he is very experienced and knowledgeable. I have used other law firms with younger attorneys who were only interested in taking my money. He is well regarded among judges and attorneys. I would absolutely recommend this law firm.

I had a very good experience with this firm. They helped me with divorce and I believe we walked away with a fair deal without having to go to court! These guys are true professionals.

CLEARANCE GRANTED!!! Ryan is like a surgeon when it comes to understanding the clearance process...he speaks their language and they responded with a resounding "Approved."

Professional, to the point, and they got the job done. Great work.

Great service all round... 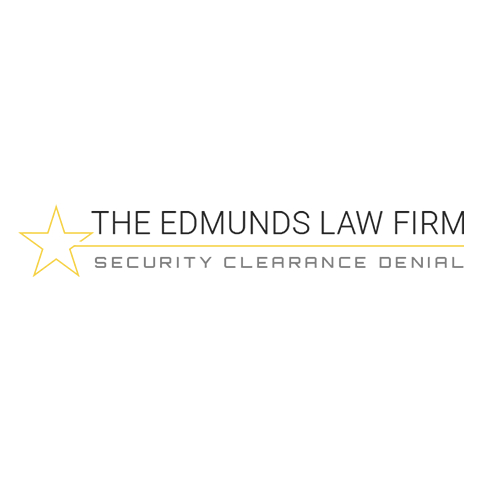 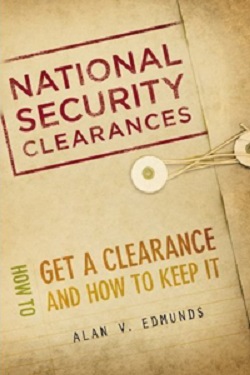