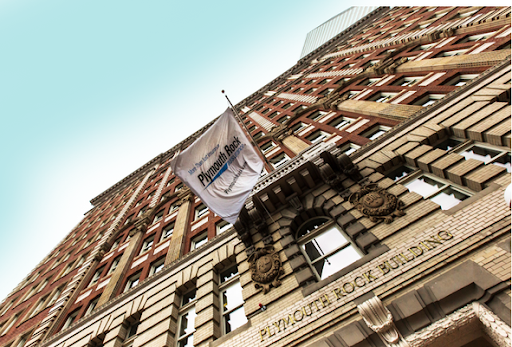 I went with this company upon the advice of the laziest insurance broker anywhere - I’d come to discover this. They insured my brand new car in 2011. In 2015, I was in an accident not my fault, where someone side-swiped my vehicle. That was resolved satisfactorily. However, instead of the premium coming down for my aging car it continues to rise - it is now $2,000 a year for a six-year-old car. When I phoned today I spoke to a woman agent who was so disinterested, I know it’s Friday, but I’d really like help. Finally I said if she could not help I’d go to Geico. She then referred me to Pranta, who she said was a supervisor (I was on hold for 5 minutes). I had to ask Pranta 3x why my premium continues to rise for an aging car before she got what I was asking. I was put on hold again and told that after reading my mileage when I renewed car insurance they realized I should have paid $160 less than I did - this was in May, today is 6 Oct. When I asked why I had not been reimbursed Pranta said I would get a check in 10 days - but the point is if I hadn’t called in this would have been swept under the rug. I expressed my unhappiness and said if the rate was not adjusted down significantly next year (I pay my premium in full at the beginning of the year) I would switch to Geico. Her response: “Well, that’s up to you.” Of course it is. Now to see when I receive the check.

STAY AWAY FROM PLYMOUTH ROCK INSURANCE! Been with this scumbag company (did not know at first) for a few years and spent $1800/year for cover my two vehicles. I paid in full every year at the start of the year. When MA started to allow new insurance companies from out of state to compete I switched over to one immediately, which SAVE me over $800/year with almost the same policy coverage! This crooked company (Plymouth Rock Insurance) continue to charge me beyond my policy end date which is NOT legal, and I am still fighting them to date. My advice to everyone is to not waste your money insuring your vehicles with all pricey in state insurance companies, especially Plymouth Rock Insurance. These companies were saved by the corrupted politicians of this state for so many years prior to allowing out of state insurance companies to compete. I hope as more people are aware of Plymouth Rock Insurance rude, lack of respect for their customers, and crooked way of trying to cheat their policyholders they will flee to better and more customer friendly, and cheaper out of state insurance companies.

I have been talking to an agent from.Plymouth Rock Assurance this is absolutely wonderful her name Lindsey Lapricio she has been assisting in new policy holder she has called and emailed me with numerous quotes and they are reasonably priced and I was considering switching agents but I decided to stay with my current agent but the awesome news is my agent handles Plymouth Rock Assurance policies and in best part is im going to be a Plymouth Rock Assurance new customer! I.owe all to Lindsey Lapricio she is absolutely wonderful and.professional and will.go above and beyond to make new or.current customer feel safe and important and she will make sure that.you.get several qoutes.that.will fit your needs and to choose.from! She made it clear that if I need anything I.can come her! Thanks Lindsey Lapricio your best! This is the person you need to go to if you want a excellent agent and policy! Dana D.

Plymouth Rock is rock solid. One thing I have to admit is that I am not the best driver. Last month I got into an accident on the morning commute before regular business hours began and it was my fault. I was a bit shaken up and called Plymouth Rock from the scene. I got a call within minutes and in that same hour I was in a rental car. When I got into the office I had another message and an email to fill out a simple document if I needed uninterrupted income or insurance coverage for medical assistance. It was not even lunchtime when an adjuster had inspected my car. My claim was settled getting me every penny that the very expensive car was worth before my afternoon commute home on the same day. This was the best experience I have ever had with any company under what would normally have been a very stressful situation. Thank you Plymouth Rock!

Horrible Horrible Horrible!!! Yes it is true they will dodge your claim phone calls on purpose. I asked them repeatedly to call my cell phone and not my home phone because like most people I am not home all day to wait around and answer it. They continue to ignore my wishes and call my home phone they leave me messages and when I call them back sometimes four times a day they will never answer the phone I am always sent to voicemail. When I finally get them to answer the phone they hang up on me! So sick of these people. I feel like I am the insurance company doing all the work for them. I got into a major accident where someone hit me. You think they would care enough to give me a call back. So done with these people you have no idea. STAY AWAY!

I joined Plymouth after nearly 20 years with Arbella pretty much based on price only. July of this year they raided the RMV database and found two names associated with my apt and because i missed a notice inquiring about same they ADDED THEM TO MY POLICY without my knowledge or approval. One was my former roommate, the other was some old roommate of his WHOM I HAVE NEVER MET, yep this guy never changed his address at the RMV and so they decide I must know him and he must be on my policy. If this idiot had had an accident during the month he was on my policy i would have been responsible. The kicker was a $13 a month add on the policy premium. How the hell is this even legal?

Great historic site, 1620! Even though this attraction is just simply a rock, it contains great value. The pilgrims arrived here from the U.K. to settle the new land. Plymouth was colonized by the British when the pilgrims arrived from the U.K. The second settlement area of the British, after the Jamestown settlement, in southeastern Virginia. Usually is not extremely busy unless large events are going on. Summers can get busy and crowded, however! If you happen to be visiting Massachusetts, you must NOT miss this historical site, representing the arrival of the pilgrims, native to the United Kingdom. Plymouth Rock, is really the key when visiting Plymouth.

Pat Piontkowski it was a 10 ton boulder before they moved it out of the water in 1774. With 20 teams of oxen the colonists attempted to move the boulder from the harbor to a liberty pole in front of the town’s meetinghouse. As they tried to load the rock onto a carriage, however, it accidentally broke in two. The bottom portion of Plymouth Rock was left embedded on the shoreline, while the top half was moved to the town square. On July 4, 1834, they moved it again, and again broke it in to two pieces. I really wish people would learn a little about history before commenting on it.

This is my first year with Plymouth Rock for auto insurance and I have not been disappointed. I am insured at a much lower rate than I was with my previous insurance and last year when we had the hail storm my front windshield was damaged on the drivers side to the point where my view was obstructed. Plymouth Rock worked with me in getting my windshield replaced within 3 days of my call right at my front door. I could have had it done the very next day but due to my schedule I opted for the 3 day. I am very satisfied with them so far.

DO NOT SIGN UP FOR INSURANCE WITH THIS COMPANY. I was charged 150$ with no explanation after 2 weeks of holding a policy with PRA. You have to stay on hold for 45 minutes minimum everytime you call. Nobody answers the customer service emails and the representatives email you back once and then blow you off. The people that answer the calls never know the answer to your question and are not helpful. I am infuriated with this company and would not recommend it to anybody. DO NOT sign up for an insurance policy with Plymouth Rock Assurance.

Worse insurance someone could get ! Only gave me headache on top of headache ! And i cancelled my policy with them and continue receiving annoying emails and letters from them !! Was in a car accident that was the other drivers fault and they put my vehicle in a 3 month invetigation saying i had to pay 2 deductables because there was no one all the damange was caused by that accident. I had to get a lawyer and miss time from work and theres nothing i regret more than getting insuared with them in the first place ! Dont do it !

I am not sure why the bad reviews on these folks. I have been with them now for 3 years, and have nothing but good things to say about them. Customer Service has always been friendly, and there rates are very competitive. In fact....without solicitation on my part, my car insurance premium just dropped $450 for the year!! The Get Home Safe Policy offers a $50 reimbursement for a Taxi Ride once a year! I have never seen something like that from an Insurance Policy before! I would recommend these folks to family and friends.

This company set me up with a policy that was supposed to decrease after a few months, but the agent put in my information wrong so I had to keep a higher policy price. When I called them, they said that this mistake was to my advantage instead of apologizing for essentially lying to me. They also made my coverage for damage $100,000-$300,000, which was WAY more than a young adult needs. I do not recommend getting insurance from them AT ALL.

The worst Insurance Company ever....they are rude, tricky and very incorrect!!!!! The first year they "fake" good deals and after that you get charges over charges without any reason! My policy for 2 cars the first year was ok and the second year it triplicated! Even after the cancellation of the policy they charge you a "cancellation fee"...when you need them they are never available. The worst experience ever!!!!!!!!

I think it awful that Plymouth Rock charges a service fee of $6 a month to send me a bill. you provide a service that I pay for. but because I will not let you take money out of my account via computer. I am punished that does not make sense. so you charge me an extra $54 a year to send me a bill. Insurance is already expensive just seems like a rip off to me.

One of those places, which are nothing really special but you had to go at least once. This is American History. Besides the Rock, you can visit the Mayflower and nearby Plimoth Plantation. We did not stay long that day since it was raining but a nice stroll at the waterfront would have been just nice.

Stolen car reported on a Sunday. No contact with an adjuster as of Thursday. Replacement vehicle clause not honored by Plymouth Rock as of Thursday. Calls to toll free number just refer to the adjuster and the adjuster cannot be reached and does not return calls. Agent says it could take up to 60 days. 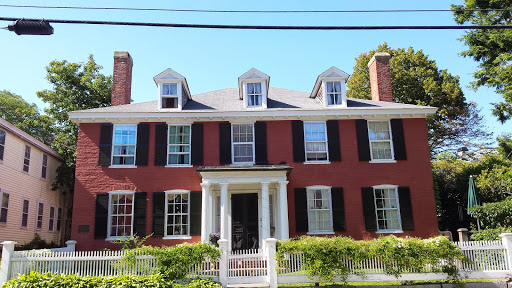 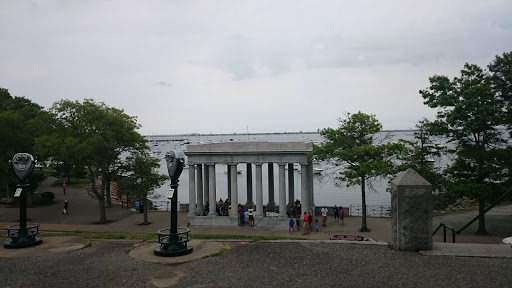 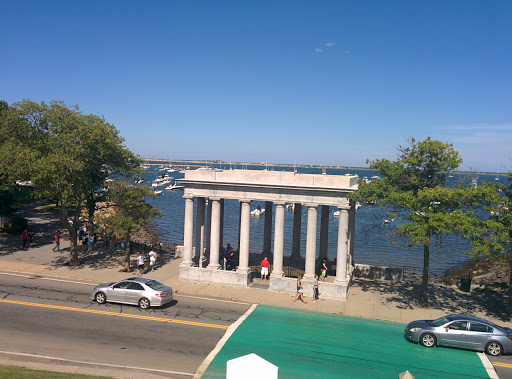 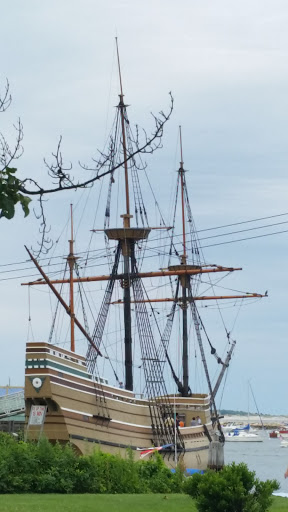 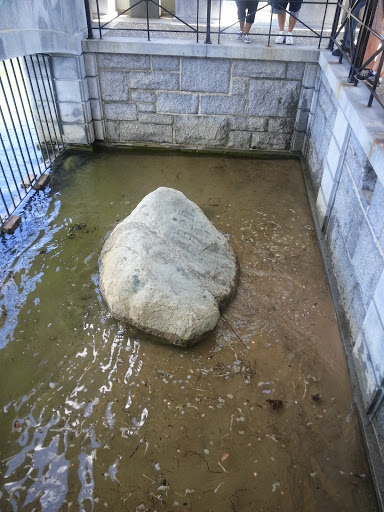 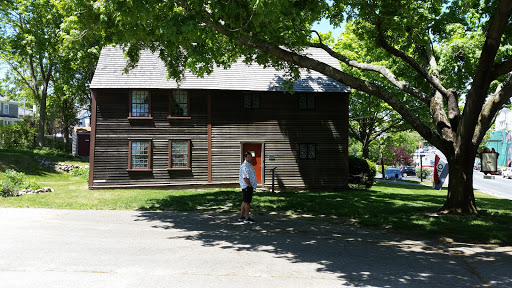 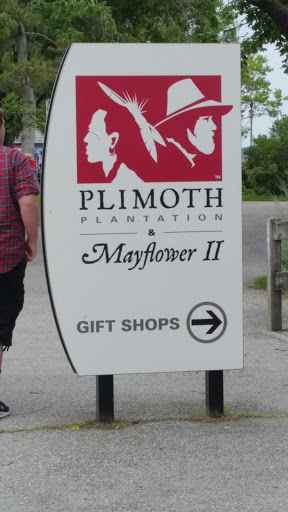 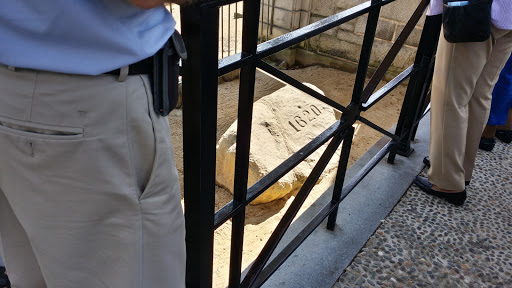 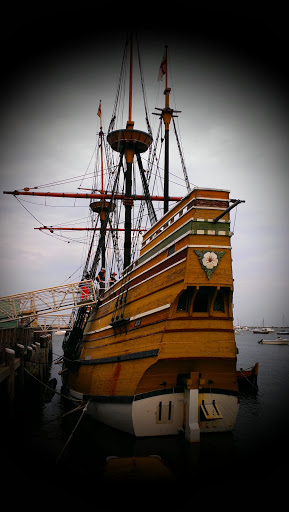 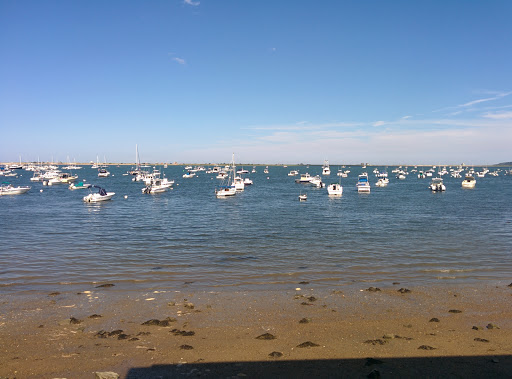 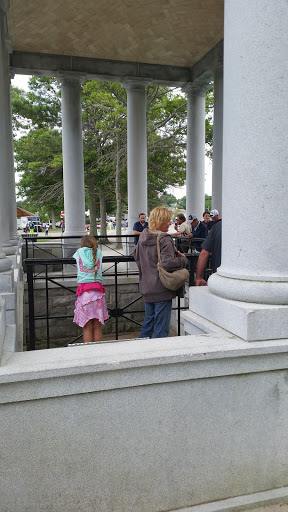 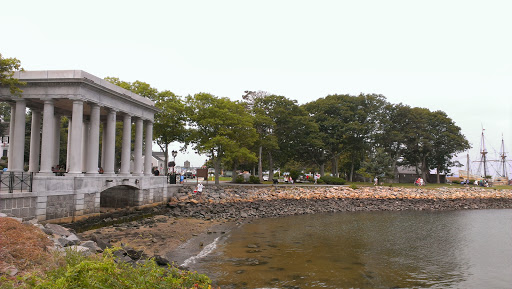 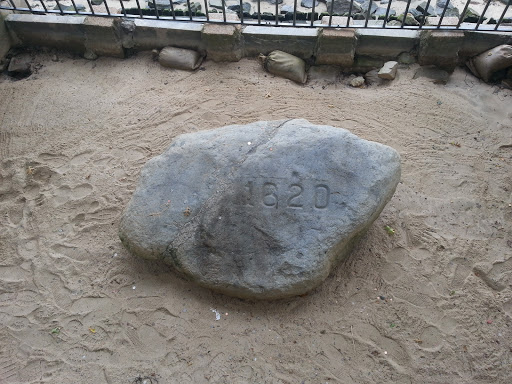 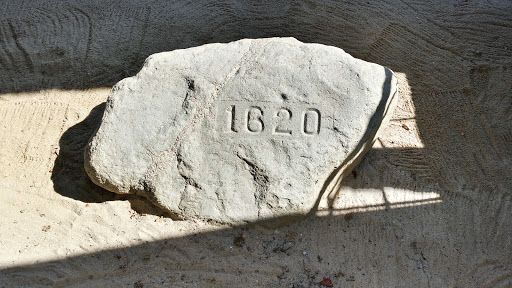 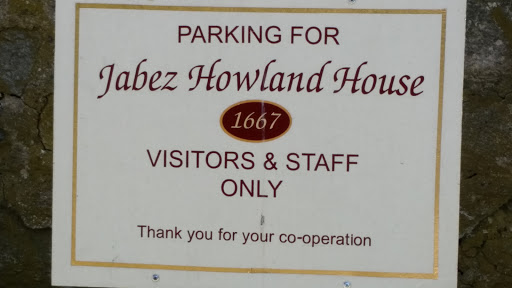 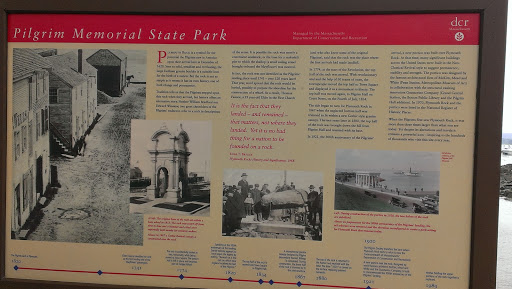 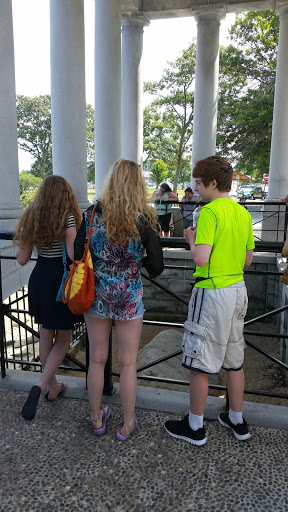