The Law Offices of Tim Misny

Choosing an attorney when you are dealing with a personal injury from a rear end collision is not an easy task. You are already confused along with dealing with the issues of pain and the uncertainty of your future. Thankfully, my background in negotiations and settlements has afforded me the ability to distinguish someone with the expertise and skills to make the best decisions on my behalf. During one of our conversations, Mr. Misny informed me of his plan of what he wanted to do with my case and once discussed, there was no question I had chosen the perfect person for my case. I knew that his strategy was going to secure me a larger monetary award. He wanted to insure that I received a fair and equitable settlement and I did. Mr. Misny is a true professional, from the greeting at his home on the initial visit to the point in which the settlement was closed; I have nothing but praise for this man and his abilities. If he says he will make them pay, he will make them pay. Thank you, Mr. Misny for your dedication to your profession and your commitment to your clients and community.

WOW! It is the only way to describe the tremendous experience I was afforded, when I contacted and then retained Tim Misny, to handle a case for me. I had been injured in an automobile accident and needed help and direction, Tim and his staff provided both. The personal attention and clarity of the matter and specifics, gave me a state of comfort and satisfaction that I could have found nowhere else! I will be forever grateful to have Tim Misny as my attorney and my friend! I am a businessman in the Greater Cleveland area and have directed various members of my staffs as well as personal friends to Tim for solutions to their personal injury case needs. All my referrals have been more than pleased with the service and personal treatment they have received from Tim and his staff. I strongly recommend Tim Misny and his associates should you ever need the finest legal services available in Ohio! Trust is his number one priority, trust in knowing that you will be his client second, his friend first!

Everyone knows Tim Misny is a big guy with a big personality. Fewer people may know that Tim’s personality is matched by the size of his heart. We certainly know that at Villa Angela-St. Joseph High School, his alma mater, where he has given of his time, his talent and his treasure to make sure today’s students will have the opportunity to do work steeped in the values of justice and compassion he holds dear. Tim is a role model not only for his professionalism and expertise as an attorney, but also for his passion and his commitment to doing what’s right.

Tim Misny is absolutely dedicated to helping others. He has helped me tremendously in the over twenty years that I have known him. He is without failing in his compassion for others. He is an attorney who works to assure that justice is given to injury victims and their families. Tim has been not only my attorney, but even mentored my son who admires and has patterned himself after Tim. Tim is an inspiration to us all. I would highly recommend him as an attorney, a great champion for the underdog, and most of all as an upstanding caring human being.

I rarely write testimonials for anyone however, I have known Tim Misny for over 30 years and I have agreed to write this testimonial for two reasons. Reason one being Tim is a straight shooter, if he can help you he will give it 100 percent, if he can not help you he will tell you right up front and will not string you along. The second reason is that no matter how high Tim may climb on the social ladder, he never forgets where he came from and those that helped him get to the top. Joe Lewandowski Cleveland Police Dept. Retired

I went to Tim Misny back in 2013. Tim and his staff were always very professional, they always took my calls and always had an answer for me when I had a question. When the other party involved found out I had Tim Misny as my attorney they basically gave what Tim asked. He got me my fair and just compensation I deserved. He made them pay. I would highly recommend Tim and his office for any Personal Injury case. Although I hope nothing happens in the future, I would use Tim again if needed.

I would recommend Tim Misny office to anyone who has an elderly member that has been injury. The Misny law office staff was very professional, helpful and always gave us answers for any question the family had about her case. He was able to settle Mrs Elie claim, making sure all her medical bills was covered. Thanks again Tim Misny, you did make the insurance company pay. Marcia Nash-Elie

I highly recommend Tim to anyone in need of his services! He communicates clearly and succinctly, so your time is not wasted by someone trying to prove how much they know. His experience and track record speaks volumes, something you will feel throughout the process. Rest assured that you are in good hands with a professional who knows his craft inside and out.

I have used Misny & Associates on more than one occasion for legal advice, law suits & settlements. I have also recommended his office to friends, family and coworkers knowing they will be well taken care of. Tim Misny and his team has been an asset to my life and the people who I recommended to him for over 23 years. A true professional with a great character.

We were only ever treated with the utmost care, kindness and compassion by Tim and all of his staff. If I ever had a question, I would simply call the office and his staff was more than helpful. If, heaven forbid, we ever need legal assistance in the future, we would not think twice about calling Tim and would recommend him to anyone who asks.

Professional staff, Aces all around! Thanks Tim for all you have done for me. 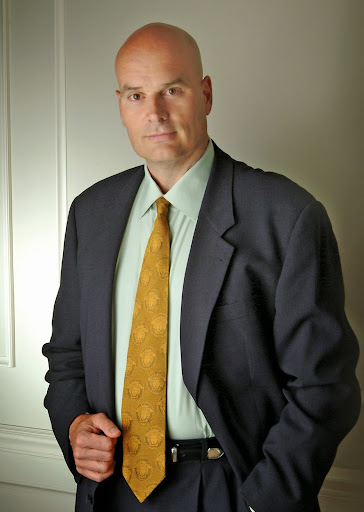