My experience with Larson heating and air was not a pleasant one. I was having an issue my ac unit not blowing cold enough to keep my house cool with this sudden onset of heat we are having. I found a coupon for a free service call, so I thought it was worth a shot for them to come out and take a look at the problem. I was not home at the time of the service call so I let my wife handle it. The man started by checking the condenser outside and then moved into the garage to have a look at the unit. He determined that my evaporator core was leaking. He said it had holes in it and that it was rusted out. We were told my system had less than a pound of coolant in it and this was because I had a leak in the core. We were told that the repair would cost $2600. He recommended that since the system is so old that it was a good idea to just replace everything so that it would work well together, rather than just replacing the evaporator core. He quoted us a price of $8000 for that. He then had to come inside to make sure we had enough returns in the house. I guess he thought he could try to squeeze a little more money out of us. Nothing about what he told us and tried to sell us was true. I had another heating and cooling company come out to give me a second opinion. After twenty minutes of being there, my ac was blowing super cold again. It turns out that it was just a real dirty condenser. The guy also said that I was only a pound and a half low on coolant. My system holds 4.75 pounds. He put the coolant in and it was holding and NOT leaking. He took a look at my evaporator core and said it was fine, no leaks, and not all rusted out like I was told. He suggested putting more insulation in the attic to help with cooling the house. I will in fact take this man’s advice, as he saved me at least $2300. I’m not sure what Larson’s agenda is, but I don’t like it. The guy that came out is either a hustler or incompetent, or an incompetent hustler. I was called the next day to find out what I had decided on doing. I guess they saw an easy target with just having my wife there, and maybe they thought they could pull a fast one. Well, even if I did have a leak from my evaporator core, that repair and new coolant should have only cost about $1000. So just where is that extra $1600 going? I have a few thoughts about that. Be very cautious when having Larson heating and air to have your system checked. Better yet, I would avoid them at all costs. But if you must use them, having a second opinion is a great idea. While i wont come back and look for it, i would love to see a response to this post.

My A/C has not been cooling well the past few afternoons and evenings. I called yesterday close to 4pm. Sarah took my call and was very pleasant and said someone would be out between 4 and 6. Charles called about 4:45 and arrived at 5pm. Charles was also very pleasant, friendly, and professional. It was obvious that Charles knew what he was doing and it did not take him long to find and fix the problem. 5 stars is accurate for Charles and Sarah.

Our furnace decided to quit working, so we called Larson. Joe showed up on time and was extremely professional. He checked the entire system, walked me through exactly what he was doing, and got it running again. He was friendly, thorough and most importantly, honest. I was so impressed with the level of service - we will always call Larson in the future! Thanks, Joe and Larson Heating Air & Plumbing!

Larson Heating , Air and Plumbing has installed many heating systems, hot water heaters, and done heat calcs to help improve existing systems in my rentals and in homes I flip.They are the only company I trust on my personal HVAC systems in my home. I highly recommend them for professional service, honesty, and follow through. Bud Jones Jones Properties, NIXA, MO

My experience with Larson was great! The team was extremely professional and treated me very kindly and respectfully. They had my system up and running again in no time and it has been working perfectly ever since! The cost was also very reasonable. I would definitely use Larson again in the future and highly recommend them to anyone else!

The service techs from Larson quickly found and remedied three serious problems with furnaces in my office space last winter. The price to fix the issues and change out six filters was super reasonable and the tech was both informative and professional. I will definitely be using Larson for future heating/ac repairs.

Larson service call. Told me that my a/c coil had a leak, (i knew that) I wanted to get new one on warranty, because they were dealers on that brand. Darren said that he would check on warranty and call me next day. He never called even after I left messages. Charged me $70 for nothing. I was ripped off.

Called Larson heating and air due to my a.c. freezing over they sent Joe out he had the problem diagnosed within minutes and gave me options in repairing my old system to replacement options. Great customer service,very knowledgeable, and competitively priced. Thanks Joe my house is now cooling!

Nothing like coming home to find the a/c not working. I made the call and their response time was great to start but the professionalism in tracing the issue down was quick. For icing on the cake the part causing the problem was under warranty. Thank you Larson Heating & Air.

Mark came out and spent just under 4hrs with me. He wanted to ensure we got exactly what we needed, nothing more and nothing less. In the end he recommended we go elsewhere. Absolutely transparent and honest. Great experience.

Able to make it out quickly to repair ac unit despite being hot, busy time of year. Very friendly repairman explained what he was doing and why. Highly recommend calling them for your heating/AC or plumbing needs.

They were wonderful and I am very skeptical w heating and air people. Josh was polite and quick to figure out what was wrong. The furnace is working great. Going back.

Best experience EVER! The people at Larson are top notch. They came to our rescue with an A/C concern, and have continued on with amazing customer service.

I would definitely recommend these guys! 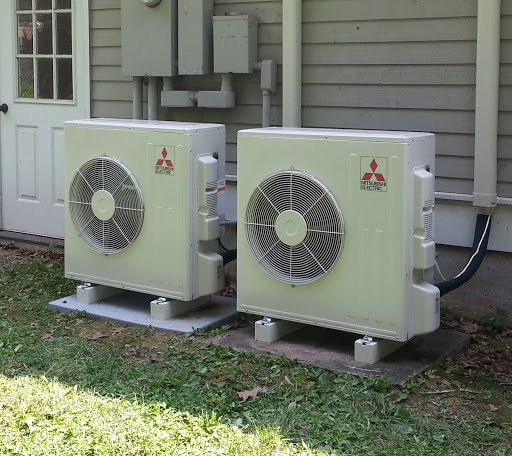 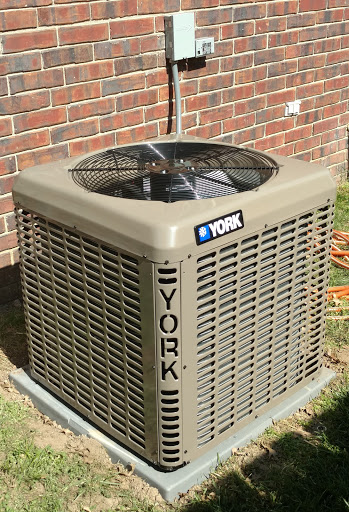