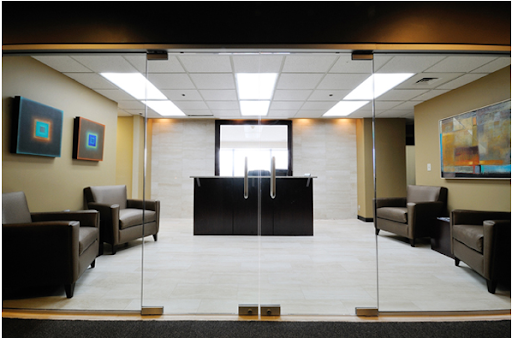 Ryan Baumgartner represented me in a custody case and I am fully satisfied with the work he did. I was always aware of the status of my case and any filings or work he was doing "behind the scenes". Mr. Baumgartner was transparent about the cost, timeline and reasoning behind any of his decisions and set reasonable expectations for results of my custody case. My case drug out for about a year (at no fault of Mr. Baumgartner). I received primary physical custody of my son, his father was ordered to pay approximately half of my lawyer fees, as well as child support. It was outlined in the decree that much of the reason behind the ruling was due to information presented by my counsel (Ryan). His hours of research and preparation showed in the courtroom and he did not leave a stone unturned. I feel Ryan went above and beyond my very high expectations while handling my extremely difficult and complex case. I would refer anyone to him for divorce or custody cases.

Dissatisfied with service received by hawkeye divorce. Choose Mark Hinshaw as he said completion within 6 weeks. Sadly my divorce took 10 months from application to completion. He was very obliging when I spoke in the beginning but later it turned out to be a disaster as I was not notified of the hidden charges, insufficient advice about children and finances etc etc.. It was indeed stressful dealing with Mark Hinshaw. He never consulted and did things on my behalf without even letting me know. It seems like he and his office is all about money. When sometimes where minor things could have been resolved easily, he would say we should do this or that and file some papers and this would cost extra. Finally the bill was extremely high and the results extremely bad. I will not recommend this lawyer to anyone. Please find an attorney who advises you well and has your interest above their own financial gain.

Took a year to get my child support order addendum in, child support representative even said the attorney "drug their feet". Neglected to notify me of how I was to be paying my child support from then on, and tried to charge me for fixing their mistakes. Attorney put down I was married and had to resubmit the addendum after a YEAR. This has been going on two years now and am just picking up the pieces to fix it. Five thousand dollars in the crap chute. BEST OF LUCK!

I retained Mark Hinshaw as my lawyer in September 2015 for a custody dispute. There were times where I questioned the process and Mark and the other staff were professional and provided helpful advice. My case was ruled in my favor in June 2016 and I appreciate what the office had done to help with that. Overall I had a positive experience, provided the situation. I would recommend this firm to others looking for legal representation.

Dedicated, thorough, complete honesty and high integrity! Mr. Hinshaw specializes in family law and divorce. I am a mother of 7 beautiful children and a 25 year marriage that is ending. I was so afraid but even in the most tangled cases- you will feel at peace because of his incredible knowledge of the law and and his ability to execute it.The Law Offices of Mark R. Hinshaw is simply the very best!!

Awesome lawyer!! Had a landmark decision in a custody case! Have referred another person to him and she has had great results also. Would highly recommend him!! Will give his name to anyone who is in need of a custody lawyer for men or women. He goes for fairness and honesty!!!

Mark has been a great resource for me as a divorce attorney in Des Moines. Mark has always been there with answers to questions on how to mutually serve our clients and really knows the ropes. I would encourage anyone to trust Mark with your case.

The entire staff was wonderful to work with. They provided clear information in a timely matter. I had several questions while trying to understand the divorce/child custody process and I appreciated the time they took to walk me through it.

We settling outside of court and ended with MORE than ever expected! Ryan has been great through the entire process. He was awesome to work with and continually kept us informed of what was going on. Thank you so much! :)

Ryan has been amazing with my custody case! He has gone way above and beyond to make sure everything is taken care of and that I understand everything.

Ego must be wayyy to big for his cases.