The loan process was quick and easy but they also stated that I would be able to skip two payments. This did not happen and then they immediately sold the mortgage off to another company so there is nothing they can do to. How convenient. Mrs. Annette Bui from Sovereign lending group stated "Ohh Well" like it was no big deal. It was a "Bait and Switch" tactic. They promised it but they know you have no way to stop it. I should have used the other company. This company has no integrity. Update: 8/27/17: After discussing with Sovereign Lending Group and reading their response I have to reply because their response was not accurate. They stated in their response that they have no control over the payment, but Mrs. Annette Bui actually called me and told me to make the payment. Then tried to say that the old Company was overpaid and owed the money. I received the paperwork from the other company proving that the payoff included that payment. They (Mrs. Annette Bui) admitted her mistake as she was the one who called me and told me to Pay the payment. Instead of working to fix the problem with the company they sold off the mortgage to, they offered me a customer gift card to remove my review(Which I never actually received). They were more concerned with me taking down my review. Beware their bait and switch tactics. I reported their Company to the BBB and filed a complaint through the military with required Documentation so other Soldiers do not get screwed. Mrs. Bui did not care to ensure everything was correct on the paperwork only that it was done fast. To be honest, I should have caught it also and accept that as my fault even though she told me it was corrected. This is on me too but in no way discredits my review. This company has integrity issues.

My husband and I have received numerous mailings over the last 2 years about refinancing our home but the timing and interest rates never really aligned. On a whim I had my husband get in touch with Sovereign Lending Group from a mailing we received because we were ready to do some home improvements and the rates were looking pretty good. This is when we were connected with Apri Jenanian, Senior Loan Officer and I could not have been more pleased. I was hesitant at first taking a chance from just a phone number on a piece of “junk mail” and having to work with someone in another state. I have to admit, that was one of the best phone calls we made. Apri was such a joy to work with, she made the entire process as smooth and effortless as possible for us. I am not saying that we didn’t have to do our part in the process; Arpi was honest, truthful, and thorough which made it easy for my husband and me to know what we needed to provide her. She really took care us and our home, when it was all said and done I was very happy and satisfied with everything. When we moved to the closing portion of the process, we were assisted by Danny Cordova who helped make sure we had everything in place to close the loan. Both Arpi and Danny had to work through me for anything they needed to gather from my husband because he cannot take calls at his job, they were very patient and sometimes would receive emails from me late in the evening or weekends to accommodate our schedules. Thank you again for all your hard work and making this a smooth refinance experience.

I have had mixed experiences with this company, one great and another that was very frustrating. I believe that they genuinely try to do a good job with every client and maybe my frustrating experience was just one that fell through the cracks because humans are imperfect. Once I pointed out the issues, the company was very responsive and they are currently trying to make the situation right. I guess I will know more when the whole thing is finished!

My husband and I went to Sovereign Lending back in 2014 when we were in the process of purchasing our home. We have been working with them ever since and are extremely pleased. I worked with Randy Barton most recently for a refinance and he broke everything down for me/us each step of the way, and was always prompt in returning my emails. I look forward to a positive ongoing relationship with Randy and Sovereign!

Billie Shine makes this company shine. Who answers emails at 6 a.m. and 10 p.m. Billie does. A national radio host Ken Michaels referred us and being a fast growing company they have a few growing pains however the ultra low interest rates makes it worth while in the end. If a national mortgage expert and author of the Mortgage Makeover recommends them its worth giving them a try.

I refinanced my house with Sovereign Lending Group that offers great interest rate and services! Kevin Breen was my loan officer who guided me throughout the process. He explained things clearly and thoroughly and ensured that I have no doubt in mind. I am certain that refinancing with SLG is good one and much appreciated to Kevin for his knowledge and expertise in the field!

Sovereign Lending Group, specifically Mr. Blake Smith and Mr. Kevin Breen are courteous, accurate and timely. What began as a debt restructuring effort quickly morphed into a two HARP loan refinance. They made the entire process effortless on my part. They are professional. They know what they are doing and they do it well.

Started off great. Collected documents as expected for a Refi. Then was asked for more docs, increased interest rate. Credit great, interest rate increased again and request to re send original docs. Eventually after lost docs went with another company. 21 days or so later closed my Refi with someone else.

Never in my 47 years of buying and selling homes have I had anyone work so hard to get us financed. Steve, Kevin and Luke were professional, friendly, and went to every effort to get our loan funded. Absolutely would recommend you give these folks your business.

It was a pleasure working with the entire Sovereign team. Steve went out of his way to initially alert me of an interest rate drop, and then to see to it all of my concerns were addressed during the refinance process. I was very pleased with the overall service.

Arpi Jenanian not only was able to get me a great rate, she was exceptional from the beginning of the process to the end, answering all of my questions and walking me through the process and paperwork. Arpi, you are the greatest!!

Kevin and his team were awesome. I needed to close quickly before I went on vacation and they made it happen at the price I wanted. I would recommend them every time. Phil

Josh and Jenna were fabulous. They stayed on top of everything, kept us regularly informed and helped with every question and issues that came up. I highly recommend them.

Nick of SLG was on call 24/7 for my mortgage process. His professionalism and personal approach was selling point enough.

It was a great experience working with Terrance and Steven on refinancing my VA loan. Very knowledgeable team.

My experience with this company was terrible. Delay, Delay Delay. 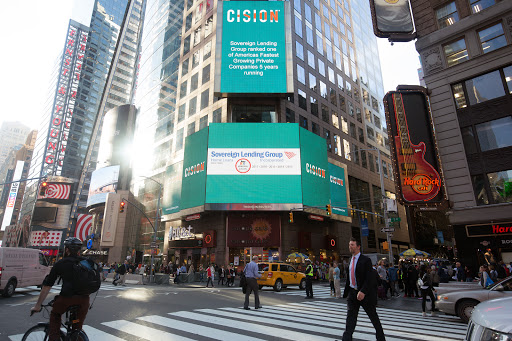